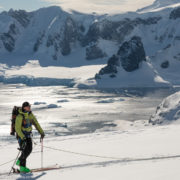 Hello guys, back home after a long season ski guiding that is not over yet, started in late july and in two days I have my last trip of ski season to Monte Tronador, here in Bariloche, Argentina.  yes in 2 days, November 17th. Crazy! I m ready to put shorts (to be honest)!

The best of all trips to the Antarctic Peninsula, that I have done since 2009, I think this is 6th trip down there.

This trip to Antarctica skiing is getting better and better. I think the 3 parts of the team: Proffessional Mountain Guides, Logistic, Historians, Biologist guides, Hotel team makes an incredible  work putting all in place for the guests, and there are not waste of time to get on shore, ski, eat, party, learn history and more…

Well , anyway I got some time to upload some photos and write a bit of what we did Backcountry Ski Touring in Antarctica this year. As always , this trip of a lifetime can not be more fun, and we got:

This was the best trip to the White Continent I have done, and encourage everybody to make it down south one day in your lifetime.

We started in Point A (farest out to the point)-

Skinned up to main saddle were the “bloom room” is.

First climb up was around 200 meters elevation gain, we found sun re-crusted snow conditions. approaching via the NW face of the Island, then we skied the East face (200 mts)  where we found blown snow accumulation and ski perfect 15-20 cm of powder snow, then skinned  back via the West slope on refrozen crusted snow.

We finished at 1pm.

Afternoon plan was Bluff Island, but was closed due low visibility and packed ice.

Stormy day. Cloud cover was close to 100%, no strong winds, but some winds.

Snowfall around 5-10 cm, some places hold 20 cm or more due wind accumulation

We scouted the far out point called C, in front of Rojas peak at the North end of the channel. Possibility of packed ice in the afternoon at that point.

Boat was drifted a bit due currents in the channel, waiting for us outside the channel.

We skied right above Videla station, called point B

We did three runs (laps) in the same area prioritizing the good snow, was a consistent powder day with low visibility and stormy day for most of it.

We traveled through Neumeyer Channel with low visibility  and after we keep going via Lemaire Channel. We got good views of Mount Scott and the satellites mountains of Lemaire Channel

As first objective we skinned the main peak at Ronge Island a beautiful serpentine that lead you to the summit at 750 meters as a top point. Route navigates mostly on North face aspect turning to west for the last ramp before the summit.

Nice skiing, heavily crevasse but very friendly to work through it.

Careful with big crevasses skiers left (west) and possible serac falling if you stay on the very west (it is obvious).

The last 150 meters we choose a nice east face couloir/face.

Then we skinned through a nice ramp all the way to a secondary ridge (south face access), this leaded us to a perfect North / south saddle.

Lunch at the beach in perfect sunny day.

We did another run of 300 meters at the top NW bay of the island. The area is heavily affected by the sun, so it is a glacier zone in “decadense” lots of seracs, and just the far ends of the valley offered good skiing. Snow was perfect. Careful with few hanging seracs.

Skin to the penguin rockery and then back to the boat

Early in the morning, we scouted the landing with the machine Todd Offenbacher, the landing is good at the far end of the bay (not inside), good landing, steep bootpack.

The other approaches close to Mini Matterhorn are more dangerous due big crevasses and hanging seracs (calving) into water.

Took forty minutes to get to the proper climb of Minimatterhorn, the climb itself was easier than expected. Not boot pack, just all the way skinning to the last steep pitch. Skied down around 600 meters I guess.

Then we crossed directly to Nansen Island and did the main long “slug’ climb to the top. Mellow skiing, espectacular scenery and good 5/ 10 cm to the top. This area is heavily crevassed, very nice for mellow skiing, super scenic and one of the most beautiful places.

Later we visited Enterprise Island to see the Shipwreck.

We got a low sealing and a 0.1 precipitation after 12 noon

Excellent day in the mountain. Predominant skiing at Northwest/ North aspects into the bay.

We found 5-10 cm of new snow in the first ascent, then second ascent around 15 cm.

We started skinning from the main entrance of the bay at point A and linked four laps of around 400 meters each. From the bay towards the little peninsula of Livingston, getting to 4 different ridges.

Our idea was to link all the way to point B (far end of peninsula) but at some point in early afternoon the wind got stronger and visibility was not as excellent, so we decided to play around point A.

The area is perfect for ski touring, heavily crevassed and very manageable with low visibility since there are ribs of rocks to have as reference.

First run offered a good consistent 25/30 degrees skiing, the rest of the runs towards the outside of the peninsula are mellower in between 20 degrees and even less.

Views to the bay and open ocean from the top are amazing.

Time in the mountains : 8 hs

The day started with some fog clouds and then clear out during mid-day.

We climbed the 2 main peaks of the bay on point A and B.

First one from the boat lookers left is an easy skinning, was perfect corn skiing , temperatures were above 0 degrees. No glacier, on that shoulder, we didn’t rope up.

then we skied down and to cross the main glacier we roped up, and went to Sphinx. Nice climb on the rib, very mellow, easy and casual.

The face is steep and nice, perfect north face, sun affected corn snow. We did it twice since was so good.

The day was short.

We saw whales, leopard seals and visited the Artowsky Polish station in the afternoon.

As always Thanks to Ice axe, Quark team and all the hotel stuff from the Ocean Adventurer. Being onboard is like a second home,  and you guys let us feel like this. It is always a pleasure to see all the team that work so hard, and “smooth as a silk” from the Mountain guide crew, Angela Hawse, Doug Stoup leading the guide meeting,  Hadleigh, leading the Quark team and Captain Alexey, his crew  to all the guys in kitchen working hard, Richard, Jetzy, Pia, this guys are there all year round sailing from one polar region to the other one. Chapeau for them! (and they never get seasick). 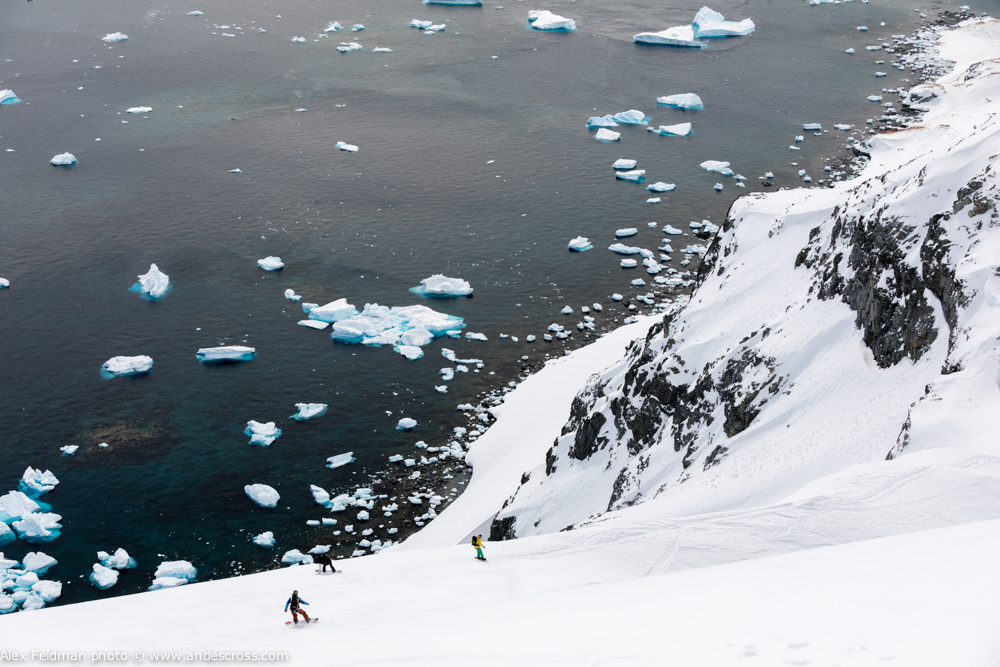 after some powder in antarctica 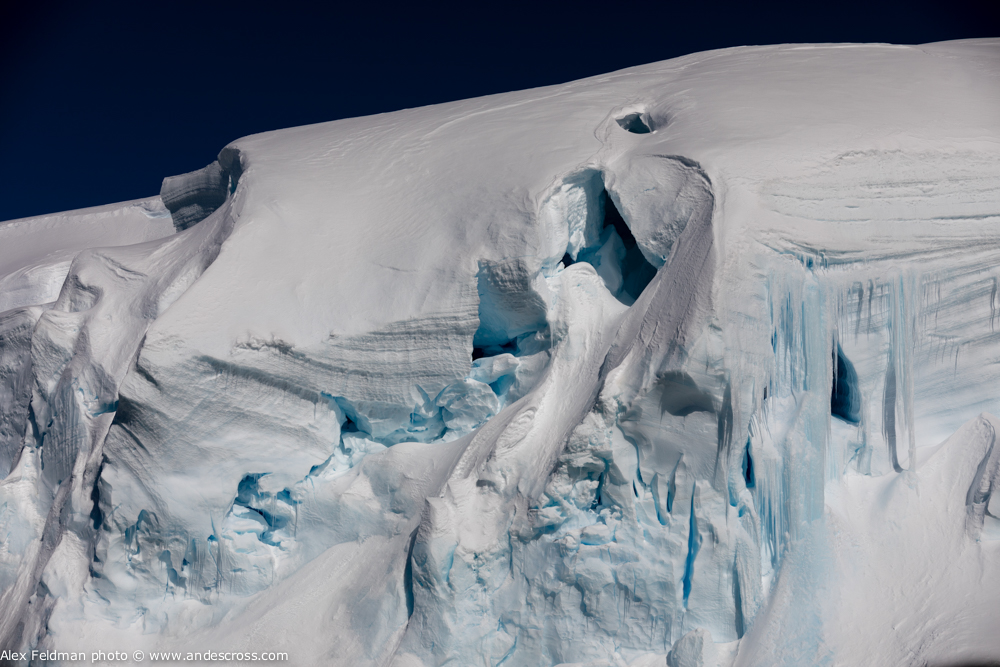 approach to landings to ski in antarctica 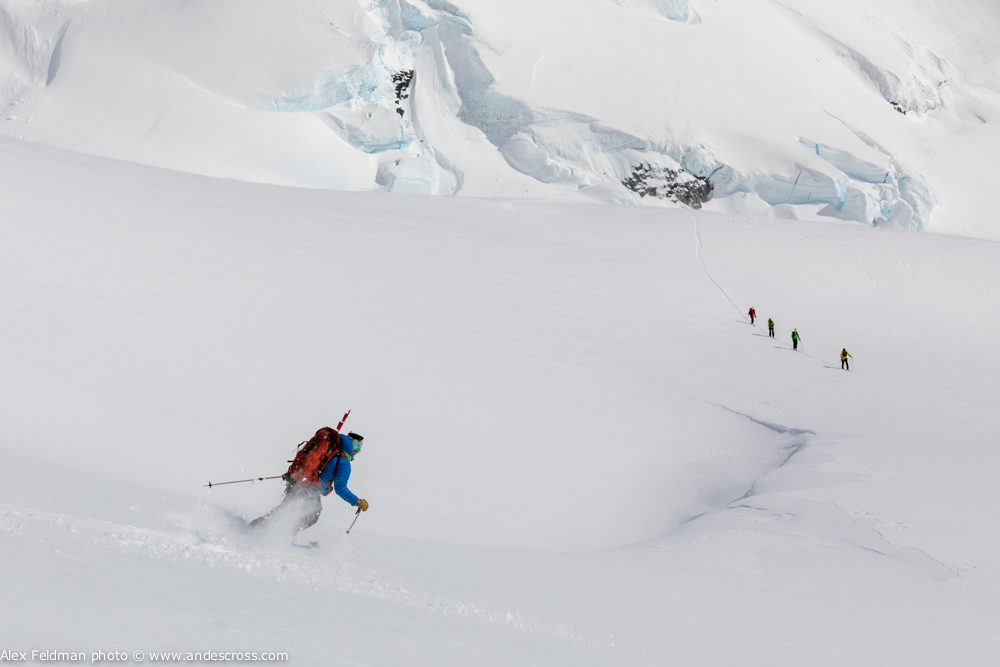 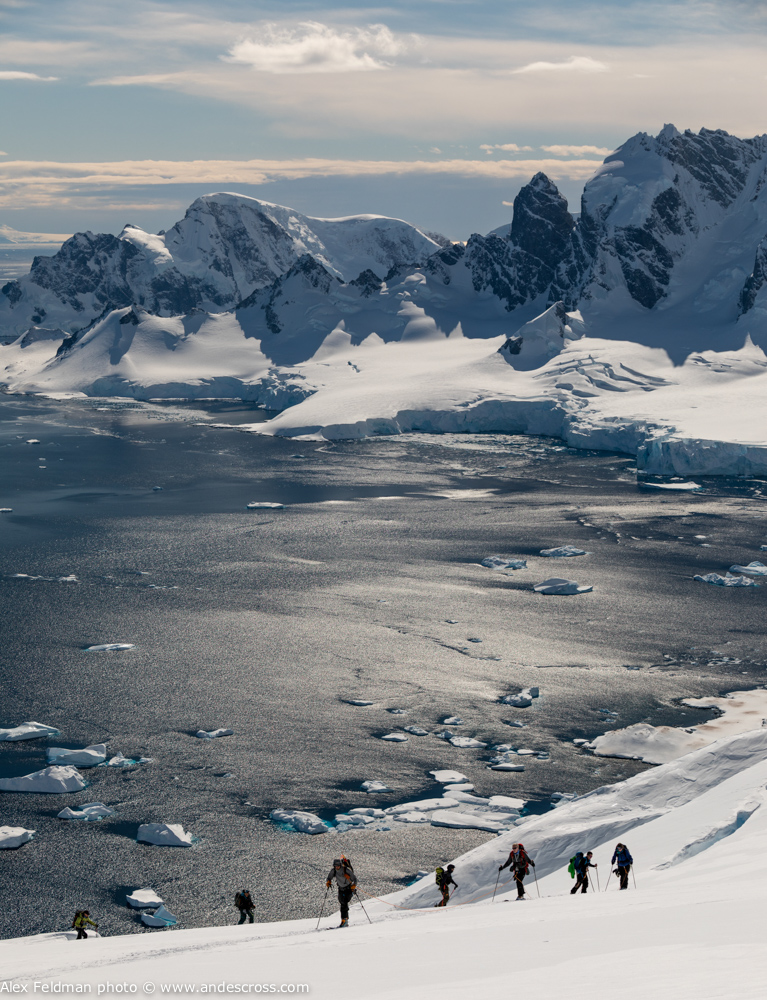 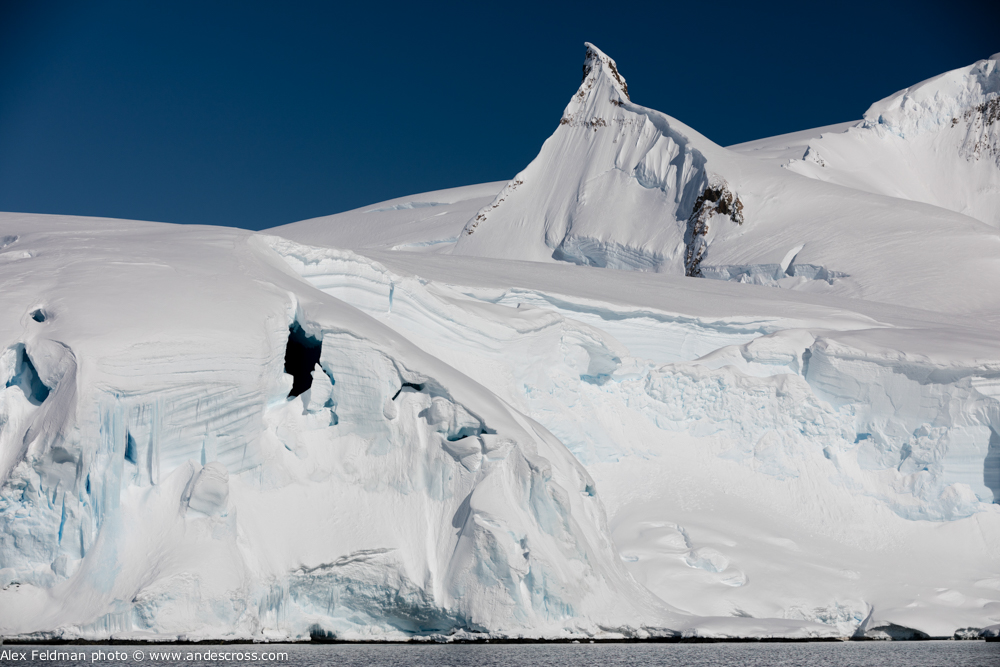 Mini matterhorn, a golden ski objective to the end of the ramp 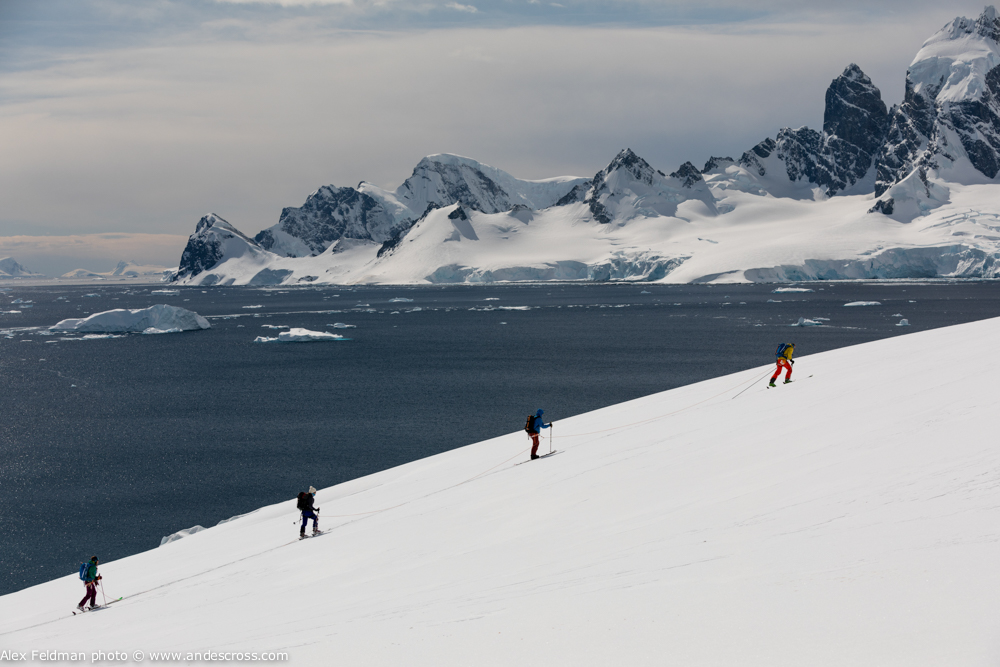 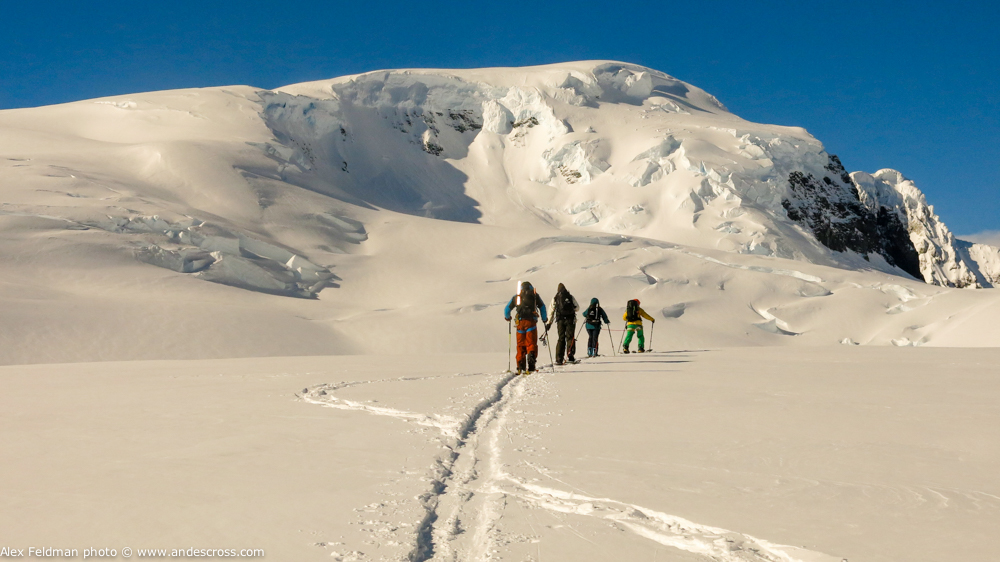 towards the peak in Ronge Island 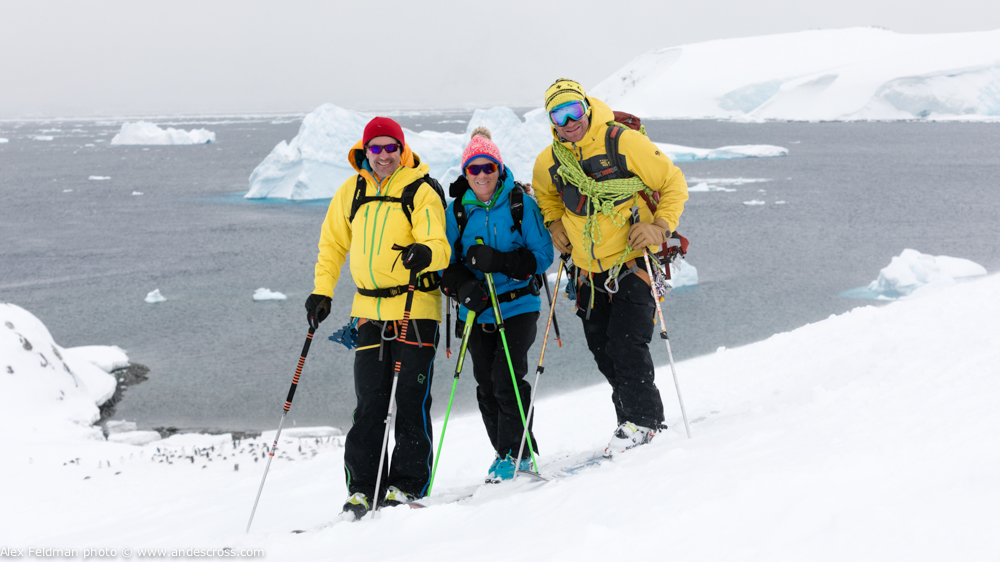 The most fun austrian team with his mountain guide 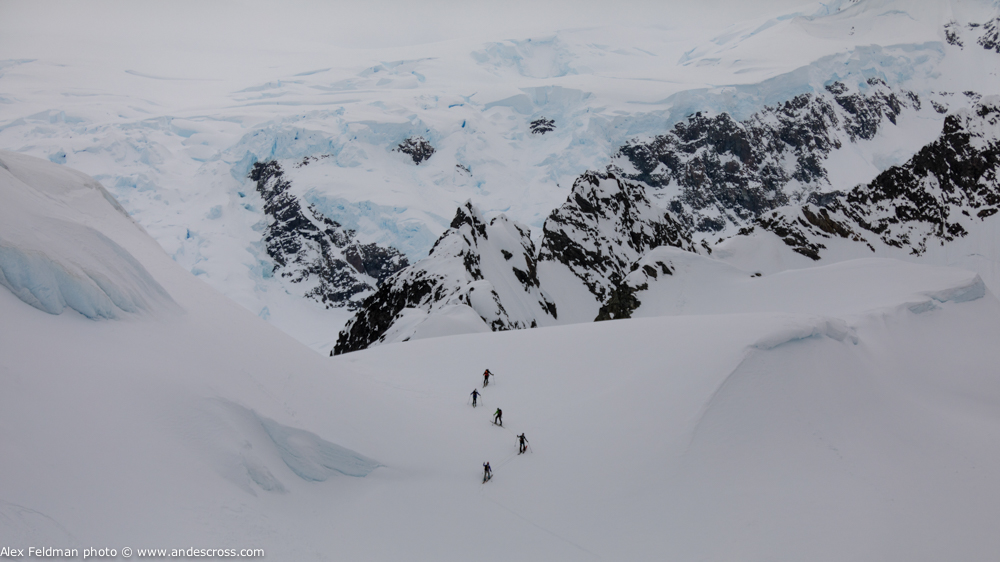 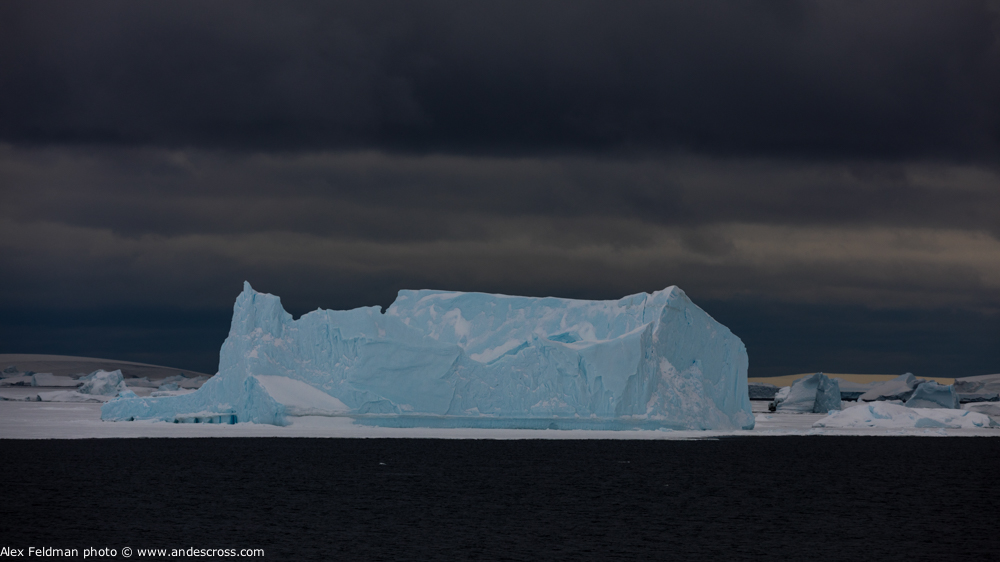 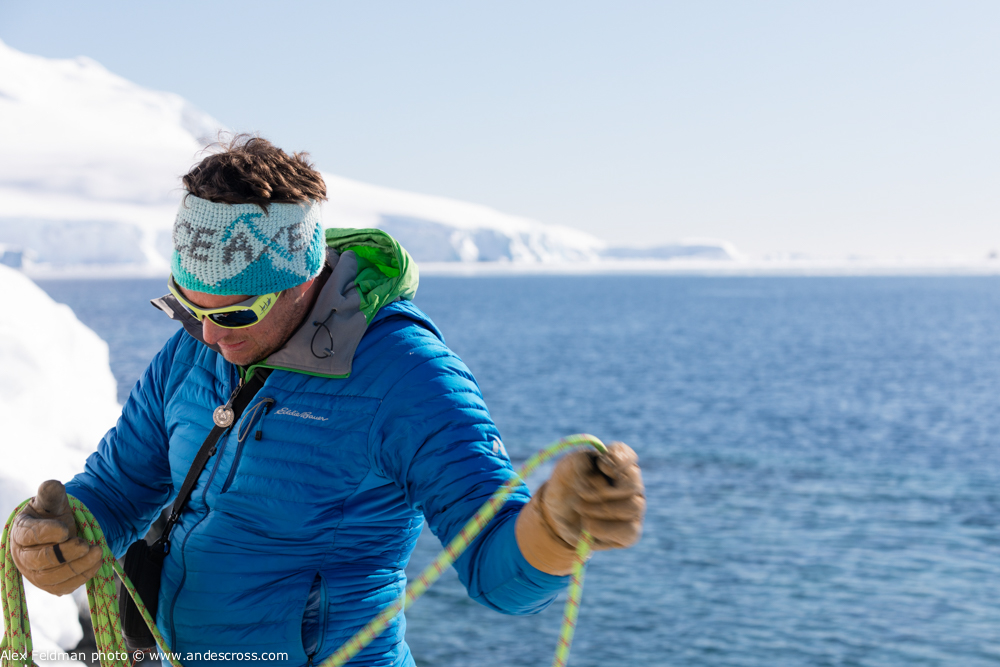 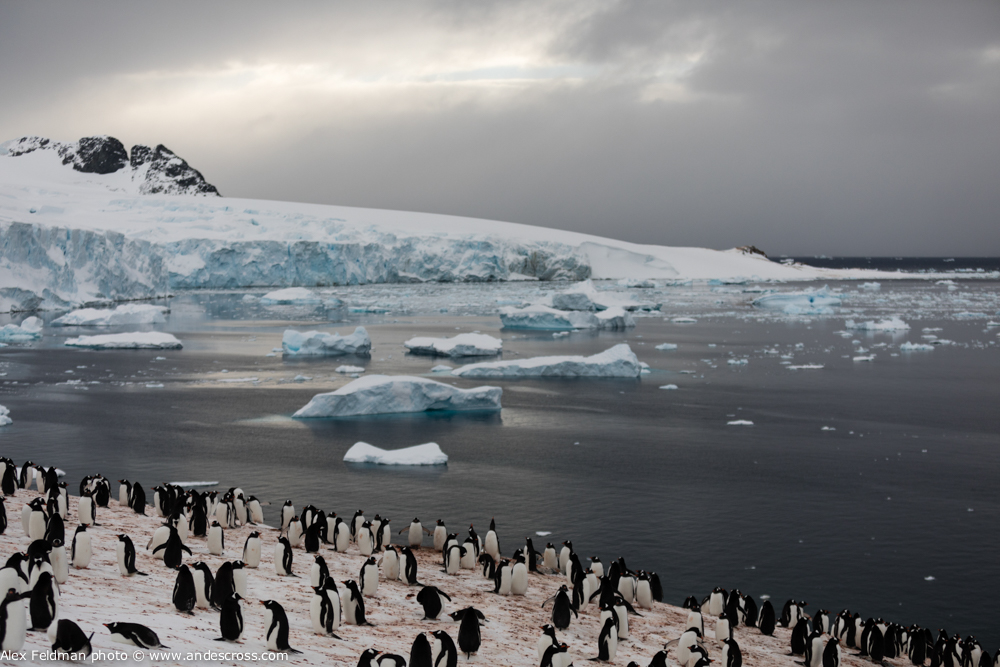 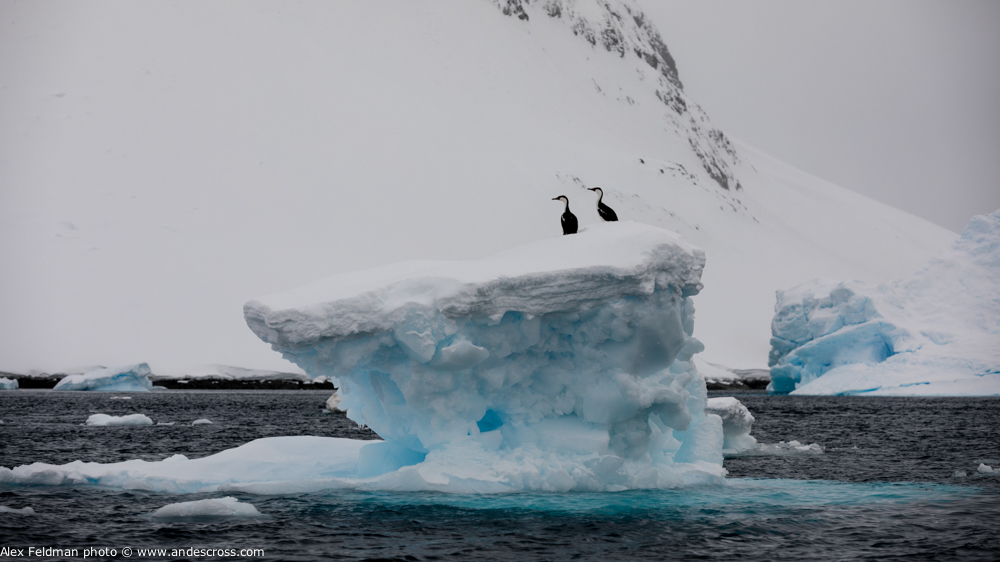 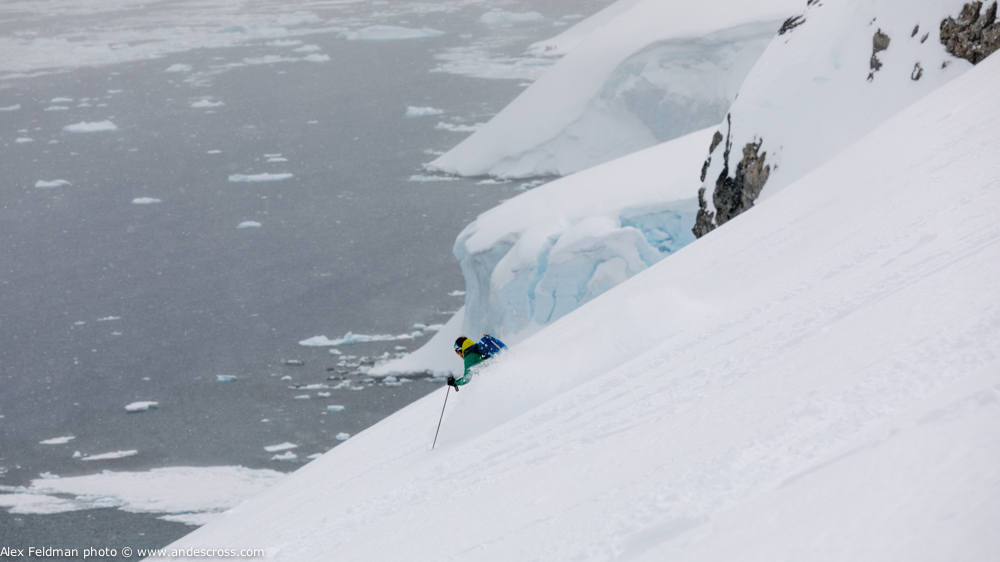 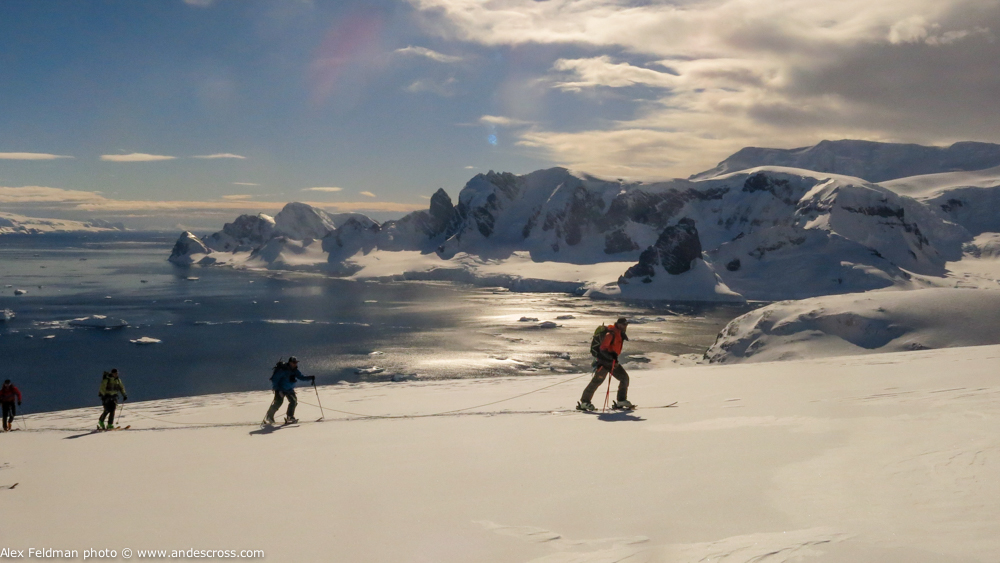 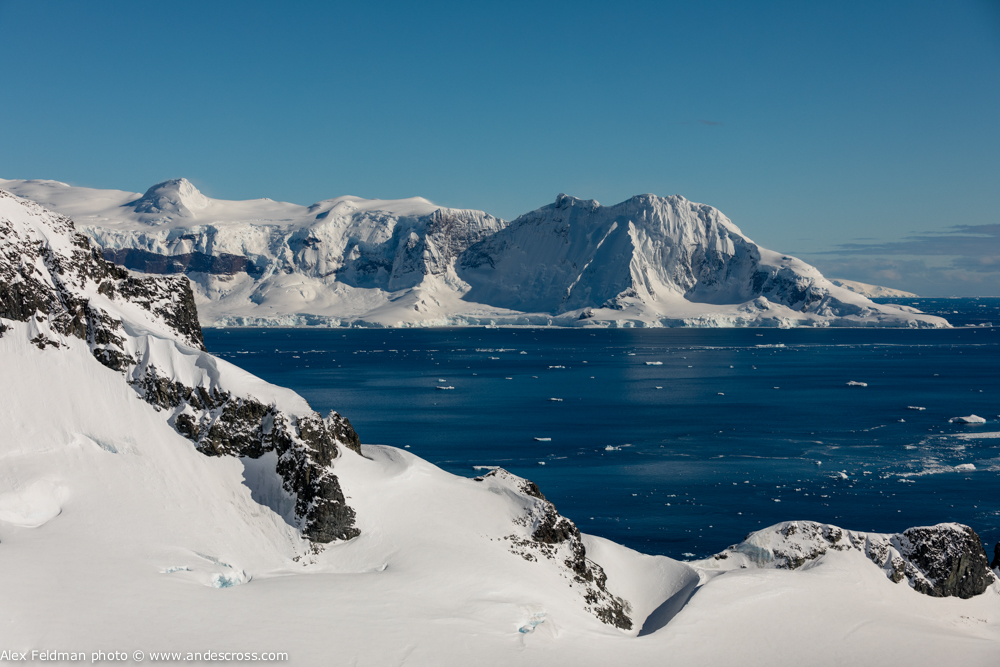 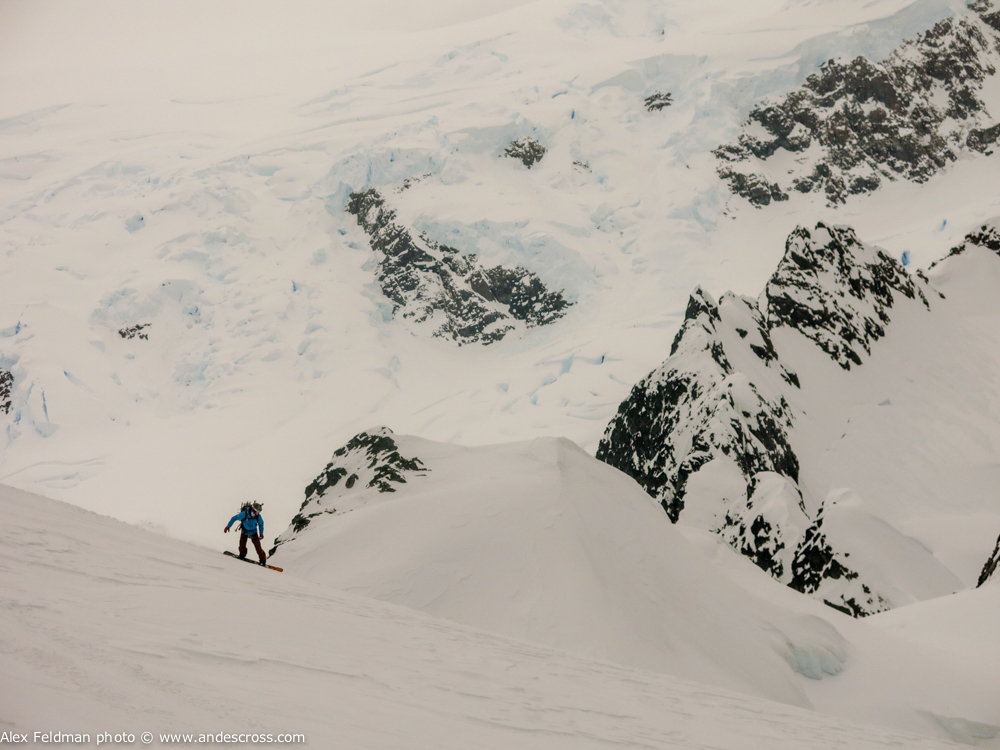 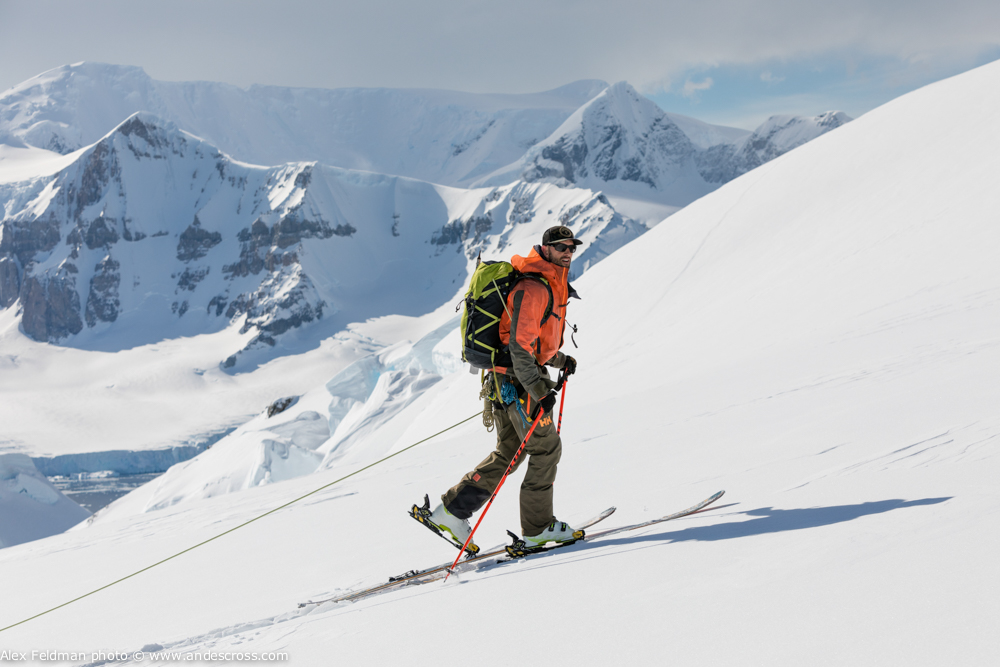